Electric Vehicles are continuing to evolve and improve with the fast pace of technological advancements. They are now more powerful, capable of longer ranges, and utilize more on-board computing. As consumers look for environmentally-friendly and safer cars with smart features and efficiency at an affordable cost, vehicle technology must evolve quickly.

However, as EVs become more powerful and efficient, increased heat loads are generated within smaller and smaller components. This “waste heat” is a significant limiting factor for EV performance and necessitates more effective cooling mechanisms for manufacturers to maintain an competitive edge over competition from traditional car companies and new EV start-ups.

One of the most significant barriers to furthering advancements in EVs is the heat produced by semiconductors, motors, batteries and more. It can create significant additional risks and limit the efficiency of traction, power and computing systems.

Waste heat from a battery’s normal operation, as well as its environmental temperature, can have several effects on its efficiency. Increasing temperatures decrease the voltage differential between a battery’s anode and cathode, decreasing its power output.  Performance degrades along with the battery’s working life, causing poor power density and reduced acceleration capabilities. Extremely high temperatures can lead to thermal runaway, a self-heating chain reaction that releases more and more heat into the system.

Poor thermal management of batteries, whether resulting in either excessively high or low temperatures, can thus decrease battery capacity and performance and even increase combustion, safety and reliability risks. Liquid cooling for EV batteries is often utilized to control temperatures and keep them within their optimal operating range.

Inverters, or Variable Frequency Drives, convert the DC power from batteries into the AC power used by the motors in Traction Drive systems. Inverters face thermal management issues as well–their power densities can vary based on thermal hot spots and heat spreading patterns. Because of the high power levels needed for the motors to move the vehicle, they emit a high level of waste heat and are often liquid-cooled to maintain optimal operating temperatures. They have various design configurations, all of which are susceptible to diminished performance due to thermal excursions.

A common solution to thermal management of traction drives and inverters is liquid cooling. Using a liquid coolant to remove waste heat can be more effective than air due to its increased heat capacity and ability to regulate fluid flow to meet the heat removal need. Liquid cooling can be achieved of through various designs that put the IGBT dies in contact with the coolant, and its efficiency is often determined by the efficiencies of the heat transfer mechanism, called cold plates or heat sinks. IGBTs often use swaged-tube aluminum cold plates, pin-fin/skived-fin cold plates, or microchannel cold plates for higher efficiency. Some cold plate solutions are more integrated into IGBT module designs, whereas others are attached externally within the traction drive or inverter assembly. The effectiveness of a liquid cold plate solution depends significantly on its internal structure, internal surface area and fluid channel design.

Microchannel liquid cooling is informed by heat transfer physics, namely that the thermal resistance of a fluid channel is directly proportional to flow channel width. The smaller the channel, the better the heat transfer. For 30 years, Mikros has specialized in highly effective microchannel cold plates for high power applications like inverters and traction drives for electric vehicles. Our Normal Flow™ microchannel matrices can dissipate over 1kW/cm2 with temperature increases as low as 20℃ and a pressure drop of just 3 psi. They are optimized for high heat flux applications and feature the lowest thermal resistance and pressure drops available. Mikros integrates microchannel cooling into a wide array of form factors, providing unparalleled thermal performance in a fraction of the weight and volume of traditional designs. 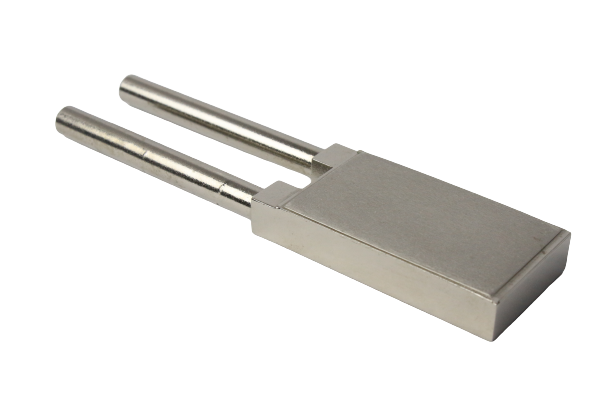 Contact Us Today for an Advanced Electric Vehicle Cooling Solution

When it comes to delivering more powerful and efficient EVs, an easily integrated microchannel liquid cooling design from Mikros is an ideal solution. We can customize this technology for nearly any topology or power map and add unparalleled, extreme cooling to your EV traction drive or inverter.

To further explore microchannel liquid cooling for batteries, traction drives and inverters in EVs, reach out to us online or give us a call at (603) 605-8489.